The Mentholatum Company, Inc. was founded in 1889 in Wichita, Kansas, by Mr. Albert Alexander Hyde together with his pharmacist friends to produce medicines. After 4 years of research, they successfully developed “MENTHOLATUM Ointment” which had the properties of relieving pain, easing itch, curing cold and soothing insect bites, and was widely recommended by doctors & medical outlets. The name of “MENTHOLATUM” is a combination of MENTHOL and PETROLATUM.  It instantly became an indispensable medicine of high reputation throughout the U.S.

Mr. Hyde went on to establish a factory in Shanghai after his work with church missionaries led to a rising demand for the ointment in China, Japan & India. Prompted by his altruistic ideals, Mr. Hyde donated his shares of the Mentholatum Co. to the church. Later on, in pursuit of their father’s interest, Mr. Hyde’s four sons purchased the company back and continued with the business.

Since 1889, The Mentholatum Company has grown and prospered from a small purveyor of ointments and toiletries into an international company, manufacturing and marketing proprietary non-prescription  health care and cosmeceutical products around the world.

The Mentholatum Company was family owned for 99 years, until 1988 when it was acquired by Rohto Pharmaceutical Co. Ltd. of Osaka, Japan.

Rohto is a leader in the Japanese pharmaceutical market with top selling products in the Eye Care, Topical and Stomach Relief categories. As a world leading manufacturer and marketer of eye drops, the Rohto name is synonymous with quality consumer health care products.

The combined Rohto group of companies has established operations in 13 major markets, with marketing/distribution agreements in more than 150 countries globally. 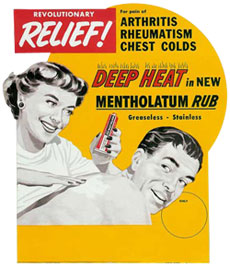 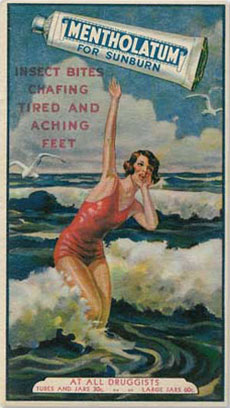 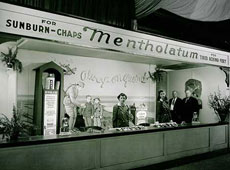